We tried our very hardest to stuff our feelings for Elizabeth Warren out of respect for the other Democratic candidates. But after the Nevada and South Carolina debates, and with Super Tuesday looming, we just can’t keep it in. The truth is that we LOVE-LOVE Senator Warren and we always have. Case in point: the two giant Valentine’s Day cards signed by 10K that we had Orange Is The New Black’s Alysia Reiner and WoU volunteers hand-deliver to both of her offices on February 14, 2017! (yeah, that really was kinda stalker-y…) 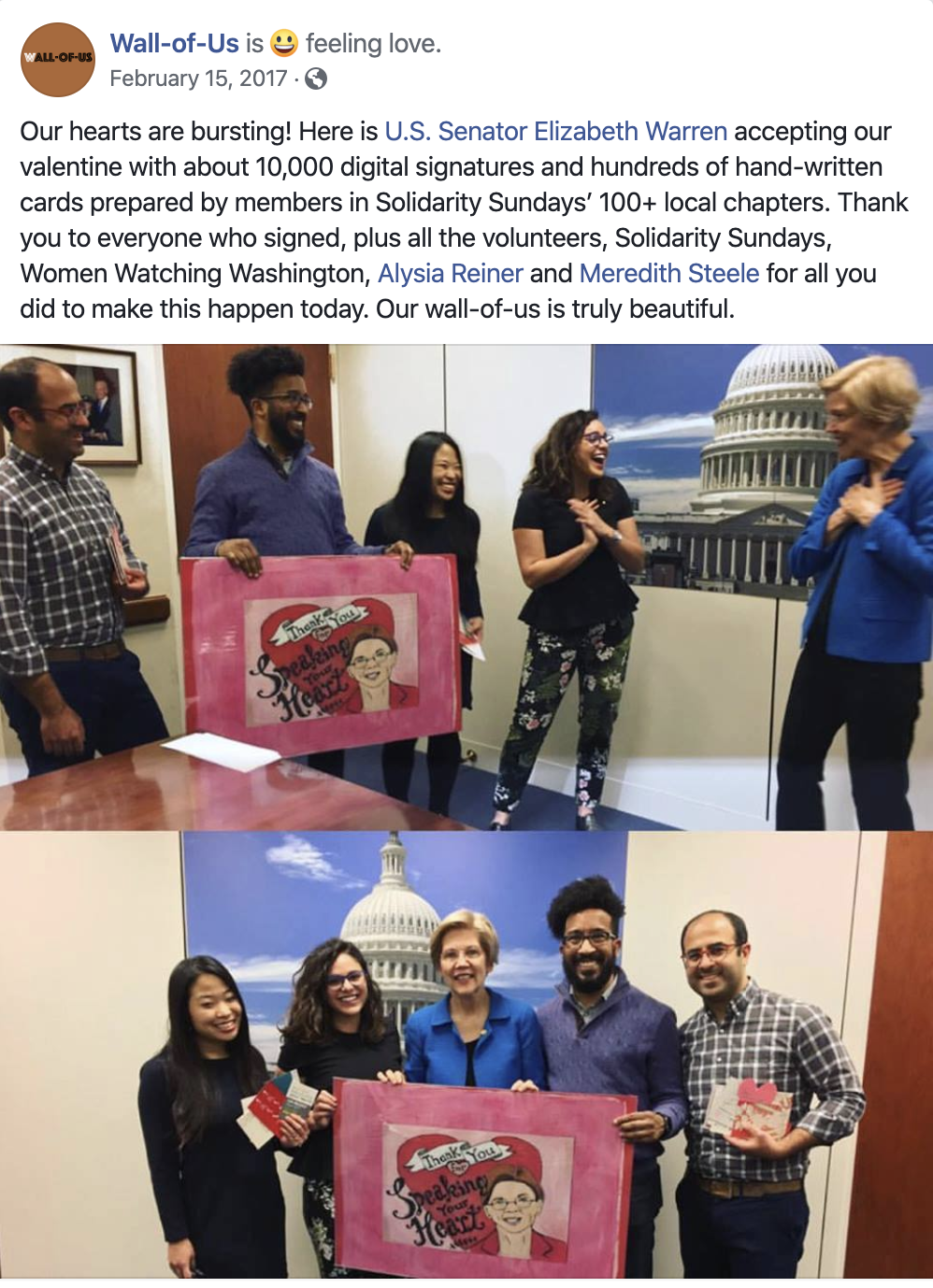 Well, we’re apparently not the only ones with a crush on Senator Warren -- after she CRUSHED it in the Nevada and South Carolina debates, her poll numbers are on the rise and she scored endorsements from the NYT and Boston Globe.

All-of-us will (and must) support the eventual Democratic candidate. But until then, consider sending some love to Senator Warren.

Donate to Warren for President and volunteer or join an event https://elizabethwarren.com/.